It is an open secret that the ups and downs of human society are related to the efforts made for the development of education. The golden ages of Islamic history and the present day miserable situation of the Muslims is a glaring example of this very fact.

It is very amazing that during the heights of Muslim excellence in science and education, the western world was passing through dark ages. However, the situation at present is totally reverse. The Muslims are lagging behind in the fields of science and technology, and have closed the doors of research and inquiry, which has created backwardness, intolerance, extremism, and narrow-mindedness in the Muslim societies.

This state of affairs requires that the Muslims should once again seek guidance from divine teachings and excel in contemporary branches of education with same zeal and quest, which had been the distinction of earlier Muslim periods. The only recourse to rekindle the Muslim past glory is to adopt modern thinking and carry out research.

Keeping in view the above-mentioned objectives, a modern religious education center, Jamiatu Al Kauthar was founded by Al-Khoei Foundation in 1992.It is located in Islamabad the heart of the Pakistan. In 2002 the Jamia started its academic and educational activities regularly.

The real aim for the establishment of this center is a unique education system that is a mixture of religious and contemporary fields of education. However, through modern techniques and methods, the center would not only cater for educational, research and moral up-keep of the students but would also endeavor to make the large duration syllabi into a short, compact and effective syllabi.

1. To purify the existing religious education.

2. To make it conversant with contemporary requirements.

3. To create awareness in moral, religious and modern teachings, without undermining the importance and original essence of the religious education system. As a result to produce scholars, preachers, researchers and theoreticians for the future generation, who educationally and practically are so strong that they can undo the different negative and alien trends in the society, introduce the true spirit of Islam to the world in contemporary languages, and can meet the challenges faced by the Muslim world philosophically and practically. 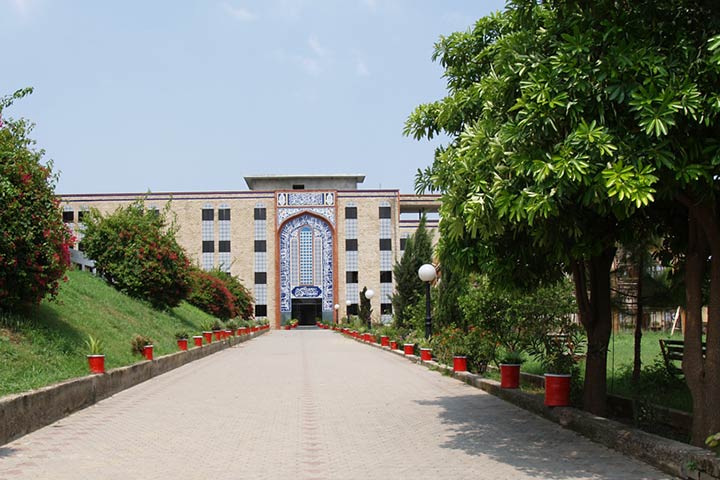