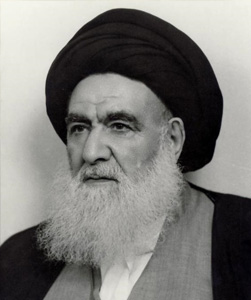 At his early age, he qualified for the degree of  jtihad. Teaching Juristic and Writing Merits He taught in Najaf for over 70 years. For about 50 years, he specialized in supervising Graduation Classes (Bahth-ul-Kharij) that is equivalent to a Doctoral thesis.

He is considered as the architect of a distinct school of thought in the principles of Jurisprudence and Islamic Law, and also, one of the leading exponents of scholastic theology (KALAM) and ‘Rijal’ (study of the biographies of transmitters of the Prophetic traditions (Ahadith), Jurisprudence (Fiqh) and exegesis of the Holy Qur’an (Tafseer).

His interests included Astronomy, Maths, and Philosophy. He wrote 37 books and treatises, most of which have been published.